I feel confident after picking the winner of the Honda Classic and I’m hoping for the same result this week at the WGC-Cadillac Championship. The field is especially strong and there are going to be some tough choices to make. 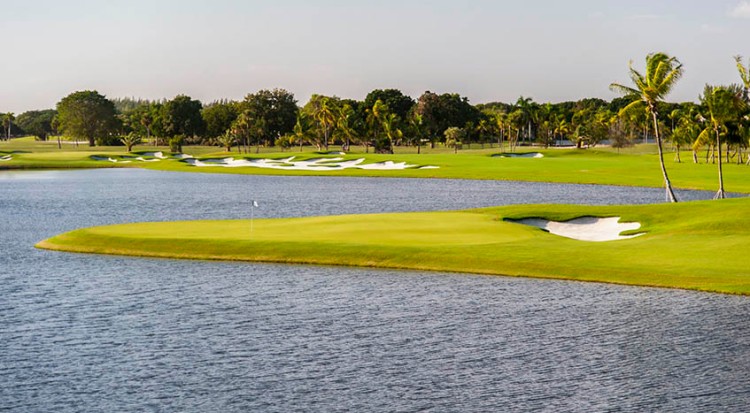 The course is specifically The Blue Monster at Doral and is one of the most scenic courses on the “Florida Swing.” The course had eight holes that averaged under-par last year and there are plenty of risk-reward opportunities. I won’t discuss the possibility of the event being held at a different course after 2017 due to comments made by Donald Trump during his campaign, however, look at the name of the resort. Donald Trump owns the Doral resort. The course is a par-72 course that is around 7,500 yards. I do think that the sheer length of the course is going to limit the field (especially if the wind is blowing like it was last weekend). The course is another difficult test and given the number of par-5’s that’s saying something. Power will be a premium this week.

Watson has been strong at Doral and has a level of creativity rarely seen on the golf course. He’s going to shape the ball and spin the ball around the greens. I think Watson has a game built for this type of course. The length of Doral shouldn’t be a factor for Watson. I will point out, obviously, that the wind can play a huge factor during this stretch of tournaments. Last week, the wind and the afternoon tee times were often tougher because it hardens the greens and forces players to play shots they might not be comfortable with. Watson is so strong hitting fades and draws that I think he can adapt to virtually anything.

Dustin Johnson won last year and he’s the longest hitter on tour. He’s going to hit greens and give himself chances to make birdies. Oosthuizen is fresh off a win in Europe and he finished 6th last year. He’s gotta feel good after winning last week and he’s done well in windy conditions throughout his career. Holmes was a strong player in this event in the last few years and he’s one of the longest players on tour. He’s got a compact, powerful swing and distance is going to trump (an appropriate pun) accuracy this week. Horschel and McDowell are two guys that are a bit inconsistent. I like Horschel’s aggressive approach and he played at the University of Florida. McDowell doesn’t hit the ball especially long and I think he’s a big of a long shot.

The field is so strong and there are plenty of top players, which makes picking a winner almost impossible. The top players in the world are here and Rory McIlroy is the favorite. I picked him to do well last week and he missed the cut so I’m apprehensive. Jordan Spieth and Jason Day could certainly win. I think Bubba is a good pick and he won two weeks ago. I think not playing the Honda Classic could mean he’s mentally refreshed and ready to go. I think this is going to be a great event and the course is set up to provide plenty of drama.