Now that Ohio State has powered its way through the College Football Playoff en route to a championship, it’s time to move on to the next season of college football. And by next season, I mean recruiting season. If you love high drama and crazy happenings (basically Kurt Busch’s love life) these next 3-4 weeks will be fantastic. I love recruiting, because it gives you a preview of your team’s next great players. Because of that my weekly post will focus on the happenings around the recruiting world up until signing day on February 4. This week, I’ll focus on the Under Armour All-American game, the Army All-American game and just recruiting nuggets in general.

Disclaimer: As an Auburn fan, most of the information I use is from Auburn related message boards and pages. I try to be as unbiased and fair as possible, but if you feel that my posts have a certain War Eagle smell to them then I apologize. 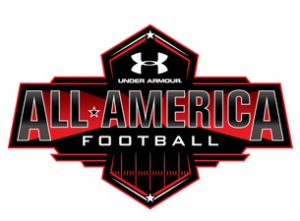 Alabama continued the dominant recruiting train with commitments from 4-star DT Daron Payne and 5-star Kendall Sheffield. Sheffield is a huge commitment for the Tide. The Alabama secondary was torched in several games down the stretch, and needs major help in the defensive backfield, especially with Landon Collins announcing that he is heading to the NFL. LSU also got a huge commitment in 5-star WR Tyron Johnson. Johnson is a local kid from New Orleans and will give whomever the future Bayou Bengals signal caller is a major playmaker on the outside. On a non-SEC note, Virginia Tech added a major piece in 4-star DT Tim Settle. Settle provides an anchor in the middle of the defensive that the Hokies desperately need.

Tennessee and Oklahoma were the big winners in this game getting 4-star defensive linemen Kyle Phillips and Neville Gilmore, respectively. Both players should be playmakers for the next 3-4 years. USC also loaded up, getting commitments from 4-star WR Ykili Ross and 4-star DB Marvell Tell. Both players should help the Trojans make a run at the PAC-12 title in the coming years. 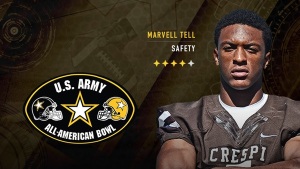 If you haven’t noticed there has been quite a few changes in the coaching ranks. Will Muschamp and Travaris Robinson are joining Gus Malzahn’s staff on the Loveliest Village on the Plains. Both are outstanding recruiters and could pay immediate dividends. Jim Harbaugh returns home to Ann Arbor and will be an outstanding recruiter in the future. Jim McElwain is the new head man in Gainesville, and learned from the best recruiter in the business during his time at Alabama under Nick Saban. Recruiting is all about connecting with kids and these guys can certainly do that.

If you want to keep an eye on a ton of highly ranked recruits this weekend, keep an eye on Auburn. The Tigers are hosting a Who’s Who of recruits this weekend on official visits headlined by the #2, #3 and #5 players in the country, defensive tackle Trent Thompson and defensive ends Byron Cowart and CeCe Jefferson. Other big names expected to attend are 4-star ATH/QB Torrance Gibson, 5-star ATH Terry Godwin, 5-star DT Terry Beckner Jr., and 5-star WR Preston Williams, just to name a few. If the Tigers are able to land any of the big time players that will be on campus this weekend, it will be a huge win and credit will have to immediately to Muschamp and Robinson. The key player in all of this is Cowart. From people I have spoken with, he is friends with a lot of these guys and his decision could impact the decision of others. Not saying he will commit this weekend, but if the Tigers do land him by NSD (or whichever team lands him for that matter) don’t be surprised to see a hand full of other top prospects follow him to that school.

That wraps it up for this week’s recruiting recap. I’ll be searching the Interweb all throughout the week and weekend and will be here to fill you in on all of the developments in the wild world of recruiting in my next post. Tune in tomorrow as Levi has an interesting take on Cardale Jones, and then on Friday, Sam and I preview the conference championship games in our NFL podcast.