Well football fans, we are halfway through the season and the season has had some interesting twists and turns. The West is stacked with everyone trying to separate themselves from the rest of the pack. The East, on the other hand, is surprisingly weak. Before the season, many people pegged Georgia and South Carolina as the two teams that would be fighting for a trip to Atlanta. Georgia is there, but has looked like the football version of Jekyll and Hyde. But, there is one other team that has slipped under everyone’s radar but is making some noise in the first half of the season. This team is 5–1, and a bad call away in overtime from potentially being 6–0. This team has a top 20 scoring defense, and a top 30 scoring offense. This team had a top 25 recruiting class last year, and are staring at another one this year. Who is this mystery team? That would be none other than the Kentucky Wildcats.

Granted, Kentucky has played a relatively soft schedule compared to the Auburns and Mississippi States of the world. But, they have knocked off South Carolina, who upset Georgia, and were a no–call on what should have been a delay of game on 4th down, in OT, from beating Florida in the Swamp.   The road ahead is difficult for the Wildcats with Georgia and Mississippi State on the horizon, but they have positioned themselves to make a run at the East crown. The schedule sets up nicely as well, as far as where tough games are played. The games against both of the Bulldogs are in Lexington. The rest of the schedule is manageable, even with the majority of them being on the road. Road games are no easy feat; but LSU, Missouri, and Tennessee have been anything but consistent so far this season. 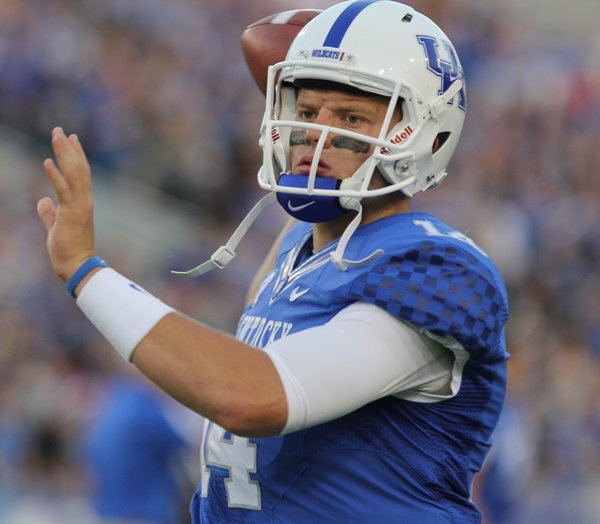 The Wildcat offense is averaging 36.5 points per game, led by the 6’5” 240 pounder at QB, Patrick Towles. Towles has been outstanding this season for Big Blue, averaging 257 yards per game, throwing 10 touchdowns and only 4 picks with a completion percentage of 62.5%.   The Wildcats have a 3-headed rushing attack, but no true dominant back. No one back has over 300 yards on the season, but all three have over 200, led by Jojo Kemp who has 297 yards and 4 touchdowns. Braylon Heard and Stanley Williams fill out the rest of this trio, both are averaging more than 7 yards per carry. The defense is a ball-hawking unit that is top 5 in the country in interceptions with 11, thus far. A.J. Stamps leads the way with three, followed by Ashley Lowery and Marcus McWilson with two apiece.

Mark Stoops has the fan base energized for a team other than John Calipari’s NBA All–Star team, as evidenced by their recent unveiling of a new practice complex. If “Big Game Bob”’s brother can win the games he should and maybe upset one of the Bulldogs, then they could find themselves playing in Atlanta come December. But even if they don’t, with the way Stoops has been recruiting and the commitment the athletic department has shown to its football program, I look for the Wildcats to be a sneaky pick to win the East sometime in the next few years. 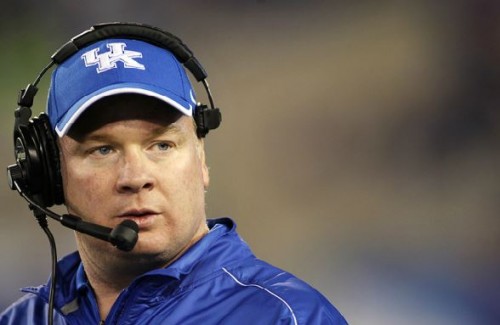