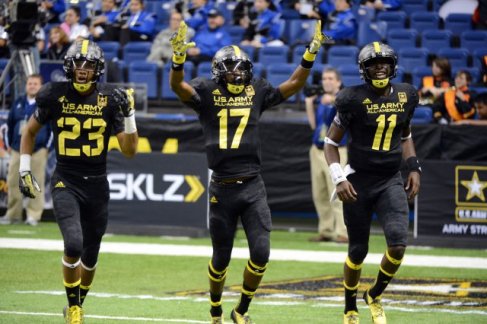 Of the thousands of high school football players across the country only a small percentage are considered blue chip recruits.  These blue chip recruits make up the 20-25 five-star recruits each season.  They are the elite recruits and are often expected to make significant impacts on the schools that they choose to attend.

We then have our next group, the four-star recruits.  This group is slightly larger, between 250-300 athletes.  This group is particularly difficult to rank in my opinion because the same number of stars are awarded to the #26 overall player and the #255 overall player.  That is a gargantuan gap in the numbers yet the same number of stars defines both players.  A particularly famous 4-star recruit is Dez Bryant, a star receiver for the Dallas Cowboys.

The largest group of players is the three-star and two-star athletes.  These players make up the thousands and thousands of recruits who are not fortunate enough to be awarded more of the coveted stars.  Most often this happens because a player competes against weak competition, resides in a state not known for producing elite collegiate talent, or because of a specific flaw that the player exhibits.

For example, players from North Dakota are less scouted than players from the state of Texas.  If we believe that Texas produces more talent, we can infer that Texas high school football is far more superior compared to the talent of football in a state where fewer highly recruited players reside.  A great example of this geographical bias would be current Oregon quarterback Marcus Mariota, who grew up in Hawaii.

This way of thinking might be beneficial if we were trying to determine which high school football team should win the mythical “High School National Championship.”  The vast majority of these recognized high school teams are from the Southeast, Texas, and California.

I am not saying that the most talent doesn’t come from these regions.  I am stating that when players are overlooked because they don’t play against great competition, or that they are from places not known for producing high school football stars, that it makes it much more likely they will be unfairly rated.

Perhaps most importantly, scouts allow preconceived notions of what players at certain positions should look like to greatly alter their ranking regardless of other factors.  This has been true of players that were deemed to be too short (Johnny Manziel and Aaron Rodgers), too thin (Colin Kaepernick), or were simply deemed to have a lower talent threshold (Jordan Matthews, Patrick Willis, Clay Matthews, Tom Brady, and Darqueze Dennard).

The flaw in the recruiting process is that a scout simply cannot properly diagnose an athlete’s intangibles.  What type of intangible qualities does the athlete possess?  Is he going to rise to the moment in arduous situations on the field?  Is he going to rise to the competition around him or shy away from the challenge? Perhaps there is an innate ability that the player can only exhibit on the playing field, but it will be impossible to know if that same ability will still be present at the next level.

These scouts try to predict the future but the reality is that they can’t.

Former Oregon coach Mike Bellotti said that it was very difficult for coaches to truly know what they had brought in until the entire class had been on campus for several months.  Football is not played in a vacuum and possessing eleven talented players does not mean that talent transfers to the field.

I believe that the 3-star and 2-star players are most often the players who can define a college football program.  These players make up the vast majority of the country.  With a select group of collegiate programs being an exception, most programs will live or die by the performance of these recruits.  The scarcity of top recruits requires that they recruit these players and that they get the most out of them.

I am willing to go even further by saying that even these college football powers are still greatly impacted by their ability to find talent hidden amongst the thousands of recruits with a few less stars beside their name.  These players won’t break a program that regularly feasts on 5-star and 4-star players, but they can make all the difference.

Alabama has dominated the college football recruiting headlines in recent years and have captured several “recruiting national titles” to go with their several BCS national titles.  However, the team that won Alabama’s first national championship in almost two decades was not led by an Under Armour All-American running back.  The 2009 BCS Championship team was led by Mark Ingram, a generously rated 3-star recruit by Scout.com. According to scouts, Ingram lacked the size and speed needed to succeed in major college football, yet won the Heisman Trophy and was a unanimous All-American that same season. 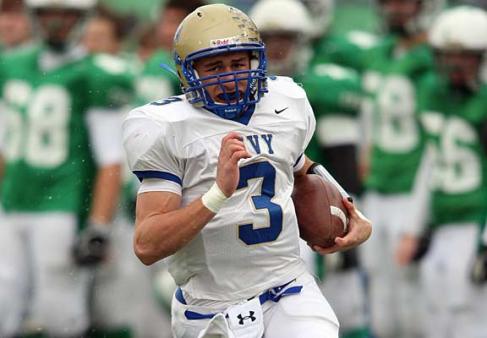 Manziel scored 77 (not a typo) touchdowns in his senior year of high school.  However, scouts were worried about his height, weight, arm strength, and speed (timed at just a 4.7 in the 40 yard dash).  Manziel redshirted during his first season at Texas A&M and gained over 20 pounds of muscle.  He won the starting job in the spring and by the time the next season would come to a close he would win the Heisman Trophy.  Manziel dazzled in the SEC and is perhaps the fastest football player in the history of the sport to run a 4.7 forty.  His sophomore year was just as electric and after adding some more accolades to the mantel he declared for the NFL draft.  Some media outlets project Manziel to go 1st overall to the Houston Texans in this May’s draft.

College football scouts are put into a difficult situation.  They are asked to project what a high school football player will do against similar players that are already developed.  I will be the first person to tell you that recruiting powers like Georgia and Florida State have a distinct advantage by being able to pick and choose from the select few blue chip recruits.  However, I want to state that there is much more talent out there than the rankings reveal.

The moral of the story is that if you look closely at your favorite school’s rankings and you aren’t happy with the number of stars you see, you shouldn’t jump overboard.  You need to remember that the development of talent is just as important as the talent itself.  The next collegiate superstar is out there somewhere.  You just have to know where to look.

One thought on “Out of Bounds”