With less than a week before the game, it’s time to preview the one football game that even the most casual of fan watches on a yearly basis.  In fact, I’d be willing to wager that Tom Brady and I will be the only people not watching this game in the United States.  So at least I’m in good company, am I right?

The location for this year’s Super Bowl is both significant and surprising.  The game will be played at Met Life Stadium in East Rutherford, New Jersey (for those who don’t know that is the home of the New York Jets and Giants).  This marks the first time in Super Bowl history that it will be played outdoors in a northern city, a.k.a. above the Mason-Dixon.  Four previous games have been played in northern cities (twice in Detroit and once in Minneapolis and Indianapolis), but all of those games were played indoors.

The Broncos came into the playoffs as the number one seed in the AFC and boasting the number one offense in all of football.  Their 457.3 total yards per game and 340.2 passing yards per game were both tops in the NFL.  Their rushing game finished in the middle of the pack, but with a passing game like they had the running game is more their to maintain a semblance of balance than anything else.

The defense was largely overshadowed by the offense, but they were at least a middle of the pack unit this season.  They have had a decent postseason, allowing the fewest rushing yards per game of any team at 64.5.  One big question mark for Denver though is how they will continue to play as key losses on defense have left them without the depth that they would have had in an ideal situation.  Cornerback Chris Harris Jr. is the latest Denver defensive starter to have an injury end his season.  He tore his ACL in the AFC Championship game.

Seattle is the polar opposite of Denver.  This team has built its success on a “defense first” philosophy.  The number one seed in the NFC had the best scoring defense in the NFL.  The Seahawks allowed only 14.4 points per game and finished first in both total yards and passing yards allowed per game.  The key to their success starts in the secondary with Earl Thomas III, Brandon Browner, and Richard “Don’t You Dare Talk About Me” Sherman.

The offense is not as impressive, finishing 17th in total yards per game.  However, the running game, led by Marshawn Lynch and the running ability of quarterback Russell Wilson, did finish 4th in the league with an average of 136.8 yards per game.  The Seahawks also win the nickname contest with two of the coolest/most intimidating nicknames in all of sports: Marshawn Lynch’s “Beast Mode” and the secondary’s “Legion of BOOM”.

The biggest matchup to watch in this game will be the Seattle secondary against the Denver receiving corps.  These are the kinds of matchups that you dream about in the Super Bowl.  Denver has a loaded cast with Demaryius Thomas, Eric Decker, Wes Welker, and Julius Thomas all being top tier ability-level receivers at their positions.  As mentioned earlier, the Seattle secondary will be the most formidable group these receivers have seen.  If Seattle can hold the Broncos to under 250 yards passing, then in all likelihood they will be bringing home the Lombardi Trophy.

The second matchup is subtler than the first, but for a true football junkie it may be the more interesting.  This matchup is between Peyton Manning and Dan Quinn, the Seahawks defensive coordinator.  Peyton Manning’s biggest strength is his ability to audible his team into the best play based on his pre-snap read of the defensive alignment.  (Yes, all of those “Omaha” and “Papa John’s” calls do actually have a meaning.)  Dan Quinn will be charged with the tall task of putting his defense in plays and alignments that confuse Manning, and try to induce him into putting his team in a less than ideal play.  If he is successful, he may can induce a rare Peyton interception, but if not, the Broncos may be able to put up some points.

My X-Factor for this game is Doug Baldwin/Percy Harvin.  If Harvin plays, it is assumed that he will handle the kick return duties.  If not, it will be Baldwin.  Whoever it is, this is an opportunity for the Seahawks to make big plays, and put their offense in ideal field position.  The reason for this is that Matt Prater, the Broncos kicker, only kicks slightly more than half of his kickoffs for touchbacks away from Mile High.  Look for a big play in the return game to spark a second half scoring drive for Seattle.

At the end of the day, I still believe in the old saying, “Defense wins Championships”.  I think that Seattle will be able to possess the ball offensively with a powerful running game, and the defense will hold Denver in check just enough to win the game.

Bold Prediction: Bruno Mars will play at least one song at halftime that isn’t about women/his love life. 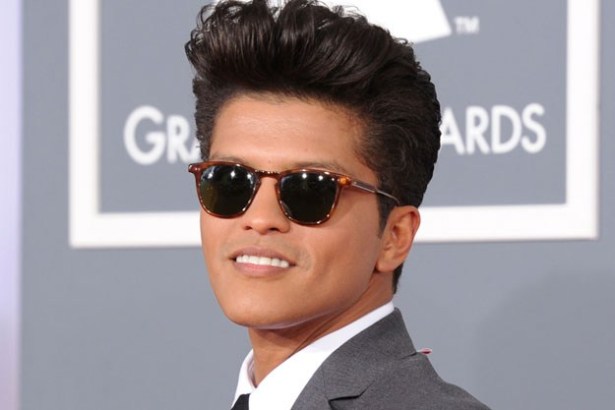