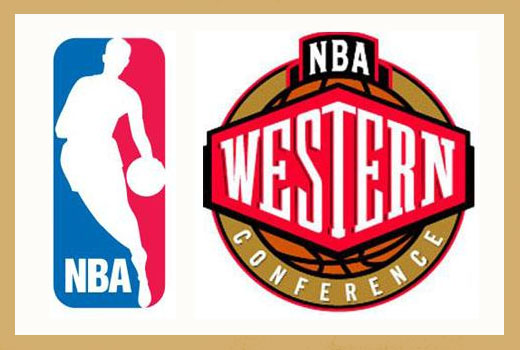 The Wild, Wild West may have failed to live up to its most famously used adjective thus far, but that doesn’t mean great things aren’t on the way. Until then, why don’t we review the mundane?

It’s hard to tell if Golden State’s playoff slogan is referring to the team’s depth or the gaudy numbers they are putting up on both ends of the floor. The Warriors have had a historically great season offensively and defensively. Game 3 of this series provided us with the best playoff moment of the first round to date. Steph Curry also probably wrapped up the MVP award in the process of delivering that moment.

The Pellies got swept, but this was still a good experience for them. This was the first playoff series for Tyreke Evans, Eric Gordon, and soon-to-be destroyer of the basketball world Anthony Davis. That is a decent core group, and getting them playoff experience together could pay dividends in the future. Being able to attend Game 4 was also an enjoyable experience, so I’d like to take this opportunity to thank the New Orleans crowd for their hospitality.

As for the Warriors, nothing about their performance has shown that they will slow down in the playoffs. It’s still too early to say for sure that they will win the West, but those picking them and/or pulling for them should at least feel encouraged. They have the balance, coaching and depth to win the title, but they still have to show up night in and night out to get it done. 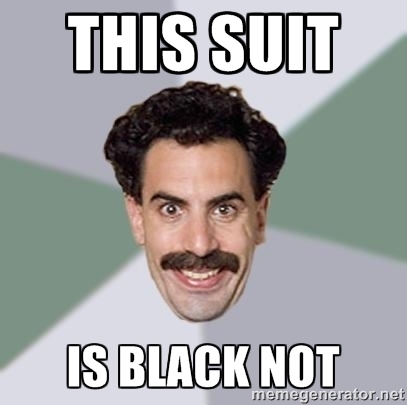 Apologies if that header is a little too Borat, but it seemed more appropriate to add in the “not”. The Mavs did manage to get a game at home; nonetheless these playoffs have by and large been nothing short of a disaster for Dallas. Specifically for Rajon Rondo. Rondo has probably cost himself several million dollars by his performance and nonchalance this postseason. He quit on the Mavs. That’s completely unacceptable. Tyson Chandler has also been totally outclassed by Dwight Howard down low. 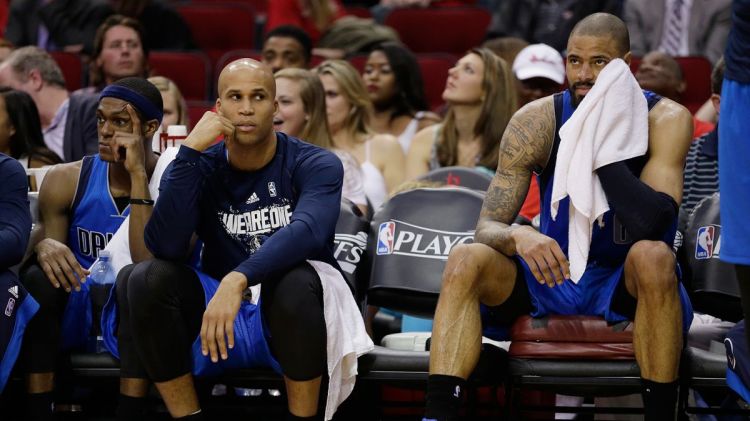 Speaking of Howard, his re-emergence should give Rockets fans new hope. The Rockets managed to lock up the two seed on the final day of the regular season, but most people didn’t particularly view them as strong contenders. James Harden has had an MVP caliber season, but most didn’t think he had enough help around him to carry Houston to a title. That was before Dwight decided to clone the ’09 version of himself and unleash it on the Mavs. He and Josh Smith have to be rapidly approaching the NBA record for forward-center alley-oops in a playoff series. 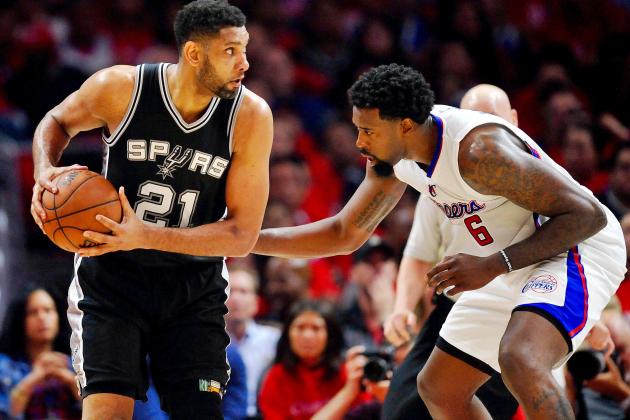 Easily the most exciting series, this also seems like the only series still decently likely to make it to seven games. The momentum has shifted with virtually every game in this series. The Clippers looked like they had the edge after a big win in Game 1 at home. San Antonio flipped it slightly in their favor by stealing Game 2, and then extended the momentum lead significantly in Game 3 by blowing out the Clips, despite getting only 12 combined points from Duncan, Parker, and Ginobili. In Game 4, Los Angeles decided they weren’t going to go quietly and the supporting cast stepped up in a big way to tie the series as it goes back to the Staples Center for Game 5.

Tomorrow night ought to be a doozy. Game 5 is always a pivotal game in a 2-2 series. It’s to the Clippers benefit that they get to play at home, but if anybody knows how to win a key game on the road it’s the been-there-so-so-so-many-times-before Spurs. Tim Duncan is proving yet again that he has indeed found the Fountain of Youth. Aside from not doing much in Game 3 (but also not needing to), he has been fantastic in this series. Tony Parker may continue to have his minutes monitored as he deals with an injury, but Patty Mills has played pretty well. Kawhi Leonard is also playing like a man possessed.

Los Angeles is getting phenomenal production out of their “Big Three” of Blake Griffin, DeAndre Jordan, and CP3. The Spurs have two very good perimeter defenders in Leonard and Green. Kawhi Leonard is a guard swallowing monster and Green uses his length to pester smaller guards. The problem is that Duncan is old and not nearly athletic enough to guard Griffin or Jordan for a whole game anymore. Splitter is a decent defender, despite what Stephen A. Smith may say, but Aron Baynes has been utterly humiliated this series and Diaw is not ideally suited to guarding either Griffin or Jordan either. Those guys will continue to get good looks and put up solid numbers.

San Antonio needs to focus on keeping Paul in check and not letting Jamal Crawford or Austin Rivers or both torch them off the bench anymore. In the two games L.A. has won, Paul has averaged 33 points and 6.5 assists. In the losses? He’s scored 14 points per game with 6 assists. The numbers are pretty clear. As for Rivers and Crawford, they have a combined 50 points in the two Clipper victories compared to only 31 in the losses. 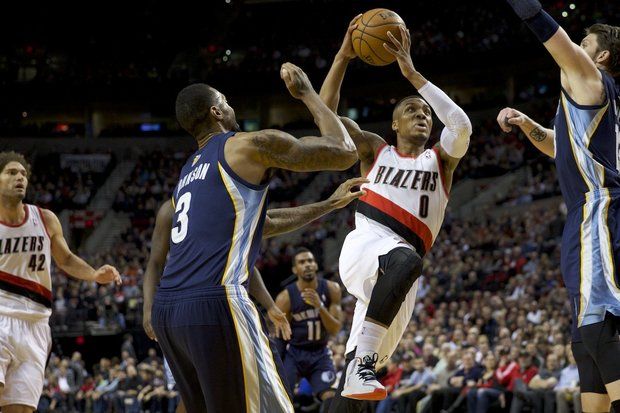 Portland managed to stave off elimination last night, but they just don’t have the fortitude or the health to beat the Grizz in four straight. Damian Lillard was a hero in last year’s playoffs, but his play has been lacking so far in this year’s playoffs until last night. LaMarcus Aldridge has been great and underappreciated, as usual, and C.J. McCollum really picked up his play in Games 3 and 4. Most people, including me, felt that the Blazers title hopes died with Wes Matthews Achilles’ injury, but I thought they could win a couple of games against a banged up Memphis team. On Wednesday, we get to see if they can manage one more and make this series interesting.

Memphis, on the other hand, needs to wrap this series up if they don’t want to go into the second round exhausted, and I assure you they do not. They also need to get Mike Conley back on the floor if at all possible. He missed last night’s game after suffering multiple fractures presumably to his zygomatic arch and orbit (based on the information available to the public) in Game 3. He had surgery to repair the fractures, and his status will be assessed in the next day or two. Hopefully, Memphis will get a masked point guard on the floor at some point.

Until then, they pretty much have one point guard on the roster in Beno Udrih. Udrih was a big reason why Memphis won the series opener, but he can’t play 48 minutes a night. The Grizz can roll out a guard lineup of Courtney Lee and Nick Calathes, but neither is ideally suited to run the offense as the primary ballhandler. Earlier in the year, it seemed that Memphis may be the biggest threat to the media-favorite Warriors, but this version of the Grizzlies seems to have grinded itself out of the title hunt. However, as the bastions of grit and grind, if any team can gut out a series they shouldn’t, it might just be this team.