Perhaps the pinnacle of an NBA player’s career comes when he achieves the level of stardom in which he is endorsed with his own signature shoe.

The players who currently have their own signature shoe is relatively small and the reason for this is the difficulty shoe companies have finding a player with a brand strong enough to bring forth willing customers. These shoes are not cheap and as a result there is a premium on finding the right player with the right marketability.

The overwhelming majority of the players who have their own signature shoe are guards and forwards. These dynamic players that make highlight reel plays are usually the most popular and that is especially true with the specific demographic these companies are targeting. There is a clear connection between a player that scores and that player being one of the most popular players in the league in terms of merchandise sales.

The exclusive list of players can be broken down by shoe brand.

Nike has perhaps the strongest group of endorsed players with Lebron James, Kevin Durant, and Kobe Bryant leading the way. Nike has also released a signature shoe for Kyrie Irving and features a signature design by J.R. Smith (definitely a surprise to me too).

Adidas boasts Derrick Rose, John Wall, and most recently, Damian Lillard. In all likelihood, they will release a signature shoe for Andrew Wiggins within the next two years. Wiggins received the 2nd largest rookie brand endorsement in league history when he was drafted 1st overall in 2014.

The Jordan brand features Chris Paul, Carmelo Anthony, Blake Griffin and (this summer) Russell Westbrook. Under Armour has only Stephen Curry and just released the Curry 1. Under Armour, however, will continue to add players as it aggressively seeks to expand its basketball repertoire. Finally, Dwyane Wade and Kevin Love are signed with Li-Ning (Wade) and 361 Degrees (Love), which are headquartered in China.

Here is an objective buyer’s guide based upon my own preferences and that of my younger brother, Walt Johnston. Walt is a shoe aficionado so his opinion is likely more reliable than mine on this particular matter.

This is based highly on the reputation of the Under Armour ClutchFit Drive series. The performance for indoor play with both of these shoes is top notch. However, players who want more ankle support might not want to go with the KD 7 because shoe only comes in a low-top cut.

Perhaps the most subjective category on this list, Walt and I both really like the looks of these two shoes.

Worst Looks: D Lillard 1, Kyrie I, (Every shoe in the line) Chris Paul

The Weber State version has a suede leather look and it looks highly debatable. I don’t think many people will be flocking to buy this dark purple shoe along with its odd heel logo.

The Kyrie I just has a distinctly 2005-type of look. They are easily identifiable on television but there is no doubt that these shoes are not anything someone would buy to wear every day. 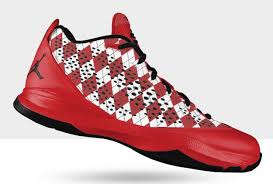 Props to the Jordan brand for comfort and for creating simple designs that are coveted by a large portion of the public. 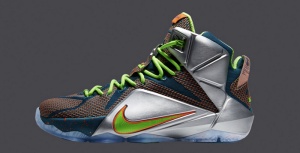 The looks are solid but the cost is what holds this shoe back. The cheapest pair starts at $200 and they can cost up to $250.

Most Underrated: Under Armour

The company hasn’t been making basketball shoes for very long. Under Armour continues to grow its brand and with the unveiling of a signature shoe for Stephen Curry, the line has big upside while still being slightly overshadowed by Nike and Adidas.