With the Super Bowl ending in dramatic fashion, it is now time to turn our attention towards the next season of the NFL calendar year…draft season. Over the coming weeks, I will preview each team starting at the top of the draft and work my way down covering each team’s draft needs and potential players that they should target. Today we’ll be looking at the bottom feeders of the NFL, the first three picks: the Buccaneers, Titans and Jaguars. 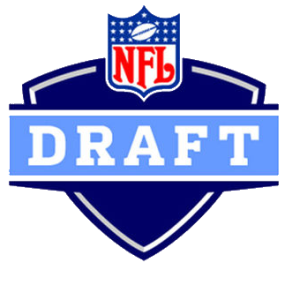 Tampa Bay finished off a very disappointing year with a 2-14 record. The only bright side is that they now are on the clock for the upcoming draft. The Bucs have a serious need for offensive line help, as well as quarterback help. A passer rusher is also a priority that they will need to address, but in my opinion that takes a backseat to OL and QB play. Without a truly dominant lineman at the top of the draft, I think Tampa has to go QB which brings us to our next question: Winston or Mariota? Winston’s talent is undeniable, but his off the field character is a major red flag. Mariota, by all accounts, is a model citizen, but many question whether he is a true quarterback or just a product of the Oregon system. Personally, I think the Bucs go with Winston here. If anywhere is going to ignore Jameis’s past transgressions, it’s going to be in Tampa Bay, right down the road from Tallahassee. Wide Receivers Mike Evans and Vincent Jackson offer immediate playmakers for Winston to throw the ball to as well. In later rounds, look for Tampa to target pass rushers such as Ray Drew from Georgia, Mario Edwards from Florida State and Trey Flowers from Arkansas. All offer the pass rush element that a Lovie Smith defense needs. Along the offensive line, watch for names like Cedric Ogbuehi (health permitting), Jake Fisher and Austin Shepherd to address needs in the trenches.

Although they have the 2nd overall pick, the Titans may have more needs than anyone. Quarterback, cornerback and pass rushers are all very high on the need list. Unless the Bucs pass on Jameis Winston, I think USC’s Leonard Williams is the pick here. The big man has enough strength and power to play inside at defensive tackle but also enough quickness and speed to play defensive end. The quarterback position is extremely thin this year, so I wouldn’t be surprised to see the Titans address other needs this year if they don’t take one of Winston or Mariota with the 2nd pick. Corner is another big need for Tennessee however, and I expect them to target guys like Marcus Peters from Washington, Kevin Johnson from Wake Forest and Nick Marshall from Auburn, who would be a major project after switching to corner from quarterback at the Senior Bowl, but has the size and speed to be a legit NFL corner down the road.

The way I see it, Jacksonville has two options here. They can either take the big OT from Iowa Brandon Scherff, or whoever they like better rushing the passer between Dante Fowler from Florida, Randy Gregory from Nebraska and Shane Ray from Missouri. Scherff provides more protection for franchise quarterback Blake Bortles, and also can help open holes for emerging running back Denard Robinson. Honestly, the Jags can’t go wrong either way and are sitting in a good spot at the 3rd pick. It wouldn’t surprise me to see Jacksonville try to slide back a few picks (still in the top 10) with someone looking to trade up to get Mariota, and hope that either Fowler, Ray or La’el Collins from LSU is still there. Lots of options for the Jaguars and head coach Gus Bradley here. Many of the names mentioned above are guys that I expect the Jags to target in later rounds as well. Mario Edwards, Kevin Johnson, Austin Shepherd; as well as someone like Reese Dismukes the center from Auburn. These are all guys I expect to be hot names in the later rounds. 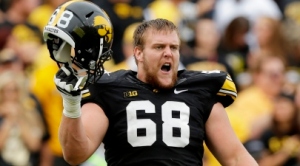 That wraps up the first 3 picks in the upcoming NFL Draft. Next week I’ll look at picks 4 – 6, which belong to the Oakland Raiders, Washington Redskins and New York Jets. Will big names like Marcus Mariota and Amari Cooper finally come off the board? Tune in next week and find out.