With 4 Down’s new focus on college football, I realize that the easy thing would be to alternate my 4th and 10’s between a top 10 teams and Heisman contenders each week, but frankly I think both of us would get bored of that. Plus, pretty much any sports website worth its salt can provide you with those lists. So, I will challenge myself to come up with more unique topics for my 4th and 10’s each week. Let’s start week 1 with the top ten college football debuts from the long weekend. Check back Friday for the 4 Down preview of the premier weekend matchups.

Baylor unveiled its new stadium in style on Sunday with a 45-0 win over SMU. They probably could have scored more (they had 24 at the end of the first quarter), but what was more impressive was the shutout pitched by the defense. The win did have its costs though as quarterback and Heisman hopeful Bryce Petty left the game with cracked vertebrae in his back.

It’s easy to get lost in the Oregon backfield, but true freshman Royce Freeman showed why Rivals had him as their number 52 overall and number 8 running back in the 2014 class. Granted it was against South Dakota, but he gained 75 yards and scored two touchdowns on only ten carries in the blowout win.

I’m sure Oklahoma State fans would have been much more appreciative of Hill’s performance had the Cowboys upset Florida State on Saturday night, but it still has to promising nonetheless. The track star had 106 yards from scrimmage, and looked potentially electrifying in the return game. The Cowboys showed that they are Big 12 contenders in a close loss to the Noles, and Hill will be a fun one to watch this season.

“Seven-win Steve” got off to a great start (on the field at least) as the coach of the USC Trojans. The Men of Troy hammered Fresno State 58-13. Of course, he also had a player quit and call him a racist, and his star safety sprained both ankles and made up a bogus story about rescuing his nephew from drowning. Sark will need to keep the distractions to a minimum this week as his squad travels to Stanford. 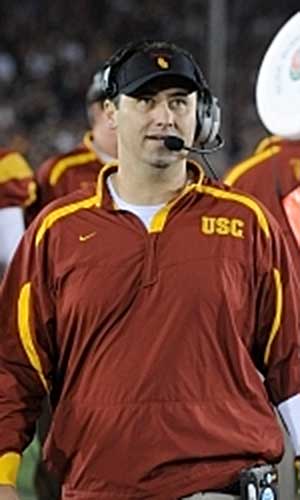 Todd Gurley may have been the player of the game, but Nick Chubb displayed the depth of the Dawg backfield on Saturday. The true freshman had 70 yards and a touchdown on only four carries (17.5 yards per carry). He also looked like an untackleable beast in the process.

The circumstances of this debut are more impressive than the stat line. He was only 12-15 with 266 yards two touchdowns and a pick (with 50 rushing yards). However, the fact that the redshirt freshman was thrust into the starting role only a few days after star QB Braxton Miller was lost for the season makes the fact that he managed to scrape a win and play decent impressive.

This performance may have gone largely unnoticed on Friday night, but Anu Solomon lit up UNLV in his first start for Arizona. The Wildcats won big 58-13 in large part because of Solomon’s 425 passing yards and 4 touchdowns.

Has anyone gone from high school defensive coordinator to hottest defensive coordinator in the country faster than Jeremy Pruitt? I mean five years ago Pruitt was the defensive coordinator for Hoover High School in Birmingham and coach/double-life-leader/uber douche Rush Propst. Pruitt now has three consecutive nattys. The Georgia defense allowed 21 points in the first half to Clemson, but after half-time adjustments (presumably made by Pruitt) the Dawgs only allowed 15 yards in the second half. Yes, that was yards not points.

The prodigal son returned to Louisville on Monday night, and his latest quarterback project also made his first start for the Cards on Monday. It was also a debut for the Louisville program, as they played their first ACC game. The Cardinals beat Miami 31-13, and Gardner went 20-28 for 206 yards and two touchdowns (but he did fumble twice). Petrino improved his home record as Louisville head coach to 23-1.

Does this one shock anybody? “Kenny Trill” certainly filled the hole left by the departure of Johnny Manziel well on Thursday night to kick off the season. Hill went on the road, and dismantled the South Carolina defense. He went 44-60 for 511 yards and three touchdowns. I even overheard an older gentleman at the gym yesterday morning exclaim that Kenny Hill was, “better than Johnny Manziel ever dreamed of being.” Let’s not get carried away folks, but it was the most impressive debut of the week. 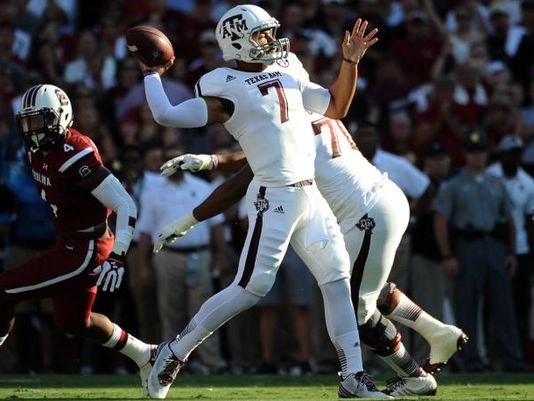