Levi and I will be trying a new format over the next few weeks.  I will post two topics (or in this case one big topic) on Mondays.  Levi will post his topic(s) on Tuesdays.  “4th and 10” will be brought to you as usual on Wednesdays, and Levi’s new post, “Out of Bounds” will make its debut this Thursday.  We will leave the weekends open for now, but potentially be posting about recent weekly developments or major topics we couldn’t cover on Fridays.

You couldn’t ask for a better matchup in the NFC Championship.  Division rivals.  Hatred.  Passion.  In the words of Ashley Schaeffer, “It’s gonna be a freaking showdown!”  Not only do the teams have history, but so do the coaches.  Jim Harbaugh and Pete Carroll coached against each other in the Pac-12, when Harbaugh was at Stanford and Carroll at USC.  And if that’s not enough, the two quarterbacks have a few epic Madden 25 commercials together.  All things considered, this is shaping up to be one for the ages.

The Seattle Seahawks are the #1 seed in the NFC, so San Fran will have to take on a very formidable team and crowd.  In case you don’t know, the Seattle faithful is referred to as the 12th Man, because of their vaunted decibel level at home games.

Enough about the pageantry and the crowd, the players play the game.  The two teams actually play a very similar style on the field.  Both have very stout defenses, a young and mobile quarterback, and a battering ram, workhorse running back.  Russell Wilson, the Seahawks quarterback, is slightly smaller and may not have the arm-strength that Colin Kaepernick does, but he is very accurate and an excellent decision maker.  Frank Gore has been in the league forever, and has continued to play at a high level.  However, Marshawn Lynch has been a man on fire in the playoffs so far, and has truly lived up to his “Beast Mode” moniker, totaling 140 rushing yards for two touchdowns on 28 carries in the win over New Orleans.

There are several interesting matchups to keep an eye on as well in this one.  The most intriguing is Lynch, Wilson, and the Seattle O-line rushing the ball against the San Francisco front seven led by inside linebackers NaVorro Bowman and Patrick Willis, the former Ole Miss Rebel, and outside linebacker Aldon Smith.  The other matchup that will play a pivotal role in determining the outcome of the game is the San Francisco wide receiving corps, led by Anquan Boldin and Michael Crabtree, and tight end Vernon Davis going toe-to-toe with the Seattle secondary led by NFL interception leader and resident verbal abuser of a certain ESPN analyst (see last week’s 4th and 10), Richard Sherman. 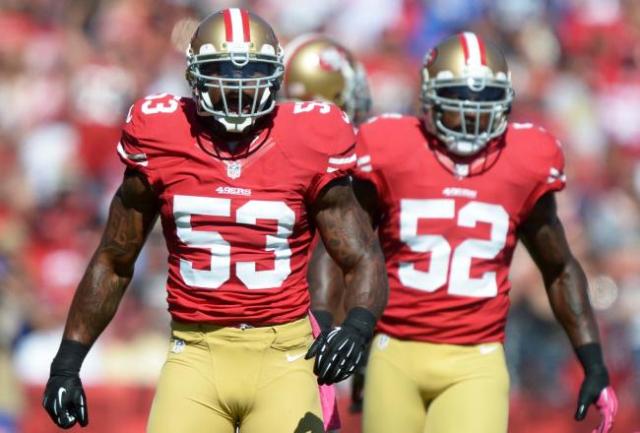 My X-Factor for this game is Percy Harvin.  He has been hampered by injuries all season, but he claims to be healthy now.  If this is true, he could be the guy to make a huge play down the stretch to tip the scales in the ‘Hawks favor.

This should be a very exciting game to watch, and I’m looking forward to it.  Just kidding, I can’t because I made a dumb promise and have “integrity”, so you all will just have to tell me how it goes. 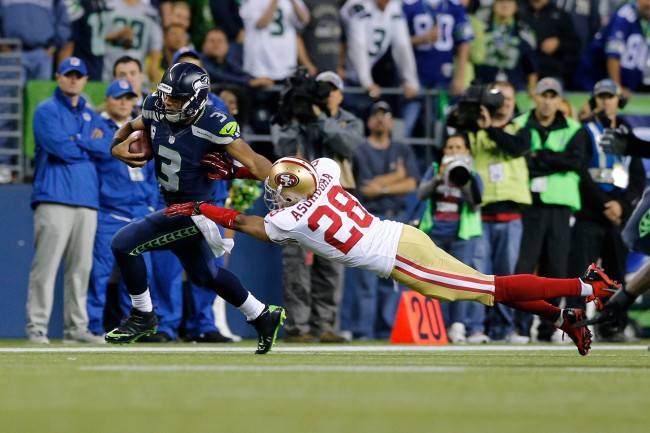